“But what I like most about fall is its subtlety. All that I enjoy about the season greets me at several different moments within the coming weeks. And right about now, a crisp, gentle breeze surfaces out of thin air and begins to gradually guide summer’s end into autumn’s beginning.” – Daphne

“Each day that is given to you is full of the shy graciousness of divine tenderness.  It is a lovely practice at night to spend a little while revisiting the invisible sanctuaries of your lived day.  Each day is a secret story woven around the radiant heart of wonder. ” – John O’Donohue

American-Made: The Enduring Legacy of the WPA: When FDR Put the Nation to Work
by Nick Taylor

“If you’ve traveled the nation’s highways, flown into New York’s LaGuardia Airport, strolled San Antonio’s River Walk, or seen the Pacific Ocean from the Beach Chalet in San Francisco, you have experienced some part of the legacy of the Works Progress Administration (WPA)—one of the enduring cornerstones of Franklin D. Roosevelt’s New Deal.

When President Roosevelt took the oath of office in March 1933, he was facing a devastated nation. Four years into the Great Depression, a staggering 13 million American workers were jobless and many millions more of their family members were equally in need. Desperation ruled the land.

What people wanted were jobs, not handouts: the pride of earning a paycheck; and in 1935, after a variety of temporary relief measures, a permanent nationwide jobs program was created. This was the Works Progress Administration, and it would forever change the physical landscape and the social policies of the United States.

The WPA lasted for eight years, spent $11 billion, employed 8½ million men and women, and gave the country not only a renewed spirit but a fresh face. Under its colorful head, Harry Hopkins, the agency’s remarkable accomplishment was to combine the urgency of putting people back to work with its vision of physically rebuilding America. Its workers laid roads, erected dams, bridges, tunnels, and airports. They stocked rivers, made toys, sewed clothes, served millions of hot school lunches. When disasters struck, they were there by the thousands to rescue the stranded. And all across the country the WPA’s arts programs performed concerts, staged plays, painted murals, delighted children with circuses, created invaluable guidebooks. Even today, more than sixty years after the WPA ceased to exist, there is almost no area in America that does not bear some visible mark of its presence.

Politically controversial, the WPA was staffed by passionate believers and hated by conservatives; its critics called its projects make-work and wags said it stood for We Piddle Around. The contrary was true. We have only to look about us today to discover its lasting presence.”

It’s pretty amazing how so many places people visit, travel through or otherwise see were built by the WPA during the 1930’s.  Until I read this book, I never realized many airports, highways and other infrastructure and buildings were built back then. Although I’ve heard the expression about history repeating itself, the more I learn, the more that awareness puts current events in more clear perspective.

Books to Have and to Hold
By VERLYN KLINKENBORG

I finish reading a book on my iPad — one by Ed McBain, for instance
— and I shelve it in the cloud.  It vanishes from my “device” and
from my consciousness too. It’s very odd.

When I read a physical book, I remember the text and the book — its
shape, jacket, heft and typography.  When I read an e-book, I
remember the text alone.  The bookness of the book simply
disappears, or rather it never really existed.  Amazon reminds me
that I’ve already bought the e-book I’m about to order.  In
bookstores, I find myself discovering, as if for the first time,
books I’ve already read on my iPad.

All of this makes me think differently about the books in my
physical library.  They used to be simply there, arranged on the
shelves, a gathering of books I’d already read.  But now, when I
look up from my e-reading, I realize that the physical books are
serving a new purpose — as constant reminders of what I’ve read.
They say, “We’re still here,” or “Remember us?” These are the very
things that e-books cannot say, hidden under layers of software,
tucked away in the cloud, utterly absent when the iPad goes dark.

This may seem like a trivial difference, but that’s not how it
feels.  Reading is inherently ephemeral, but it feels less so when
you’re making your way through a physical book, which persists when
you’ve finished it.  It is a monument to the activity of reading.
It makes this imaginary activity entirely substantial.  But the
quiddity of e-reading is that it effaces itself.

In the past several years, I’ve read nearly 800 books on my iPad.
They’ve changed me and changed my understanding of the world,
distracted me and entertained me.  Yet I’m still pondering the
nature of e-reading, which somehow refuses to become completely
familiar.  But then, readers are always thinking about the nature
of reading, and have done so since Gutenberg and long before.

There is a disproportionate magic in the way black marks on white
paper — or their pixilated facsimiles — stir us into reverie and
revise our consciousness.  Still, we require proof that it has
happened.  And that proof is what the books on my shelves continue
to offer.

“…along with the other animals, the stones, the trees, and the clouds, we ourselves are characters within a huge story that is visibly unfolding all around us, participants within the vast imagination, or Dreaming, of the world.” – David Abram

“Such reciprocity is the very structure of perception. We experience the sensuous world only by rendering ourselves vulnerable to that world. Sensory perception is this ongoing interweavement: the terrain enters into us only to the extent that we allow ourselves to be taken up within that terrain.” – David Abram

“Fiercely intelligent, yet bearing a sensibility far more porous than most, Van Gogh was unable, or unwilling, to abstract his intellect from his body’s reality, unwilling to abandon the myriad things, to tame his senses and so stifle the steady eros between his flesh and the flesh of the earth.

“Again and again he slides out of himself, through his eyes, to feel the hunkard silence of the olive groves, and to taste the spreading ecstasy of the leaves as they’re slowly lit by the climbing sun. And again and again he is invaded, in turn, by the visible — penetrated by the midday langor of the rolling wheat fields, or by the sullen mood of a neighbor’s face. Although he writes often to his brother and a few friends (letters of luminous candor and kindness), it is only in the act of drawing and painting that he is able to give expression to this ongoing intercourse, by offering back to the visible a trace of what the visible steadily pours into his chest.

“His paintings, then, are windows through which we look onto an earth no less alive and intelligent than ourselves” – David Abram

“All things have the capacity for speech — all beings have the ability to communicate something of themselves to other beings. Indeed, what is perceptionif not the experience of this gregarious, communicative power of things, wherein even obstensibly ‘inert’ objects radiate out of themselves, conveying their shapes, hues, and rhythms to other beings and to us, influencing and informing our breathing bodies though we stand far apart from those things?

Not just animals and plants, then, but tumbling waterfalls and dry riverbeds, gusts of wind, compost piles and cumulus clouds, freshly painted houses (as well as houses abandoned and sometimes haunted), rusting automobiles, feathers, granite cliffs and grains of sand, tax forms, dormant volcanoes, bays and bayous made wretched by pollutants, snowdrifts, shed antlers, diamonds, and daikon radishes, all are expressive, sometimes eloquent and hence participant in the mystery of language. Our own chatter erupts in response to the abundant articulations of the world: human speech is simply our part of a much broader conversation….” 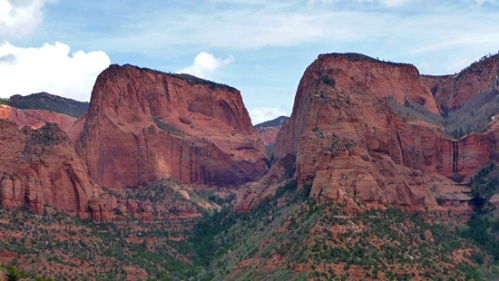 …”It follows that the myriad things are also listening, or attending, to various signs and gestures around them. Indeed, when we are at ease in our animal flesh, we will sometimes feel we are being listened to, or sensed, by the earthly surroundings. And so we take deeper care with our speaking, mindful that our sounds may carry more than a merely human meaning and resonance. This care — this full-bodied alertness — is the ancient, ancestral source of all word magic. It is the practice of attention to the uncanny power that lives in our spoken phrases to touch and sometimes transform the tenor of the world’s unfolding.” – David Abram, “Becoming Animal; An Earthly Cosmology”.

Permanent Vacation: Twenty Writers on Work and Life in Our National Parks, May, 2011

“There is something more going on in “Permanent Vacation” than just a book of experiences. As other reviewers point out, the quality of the majority of essays is much higher than one would expect from an anthology. Beautiful, poetic literature with unique metaphors and deep introspection are the norm here but it is really not, in the way one might expect, a book about our national parks. The majority of writers are not rangers in the national parks but seasonal workers either on trails or in the concessions. It’s a different perspective than I expected and the views are predominantly inward….

The writers are mostly looking back to a time when they were young, carefree, and working in the parks. Unlike some ranger stories (e.g. Hey Ranger) they have retained an intense sense of awe towards the natural beauty in the parks and a respect for us tourists.” – Brad Allen