“When we feel weak, we drop our heads on the shoulders of others. Don’t get mad when someone does that. Be honored. For that person trusted you enough to, even if subtly, ask you for help.” – Lori Goodwin 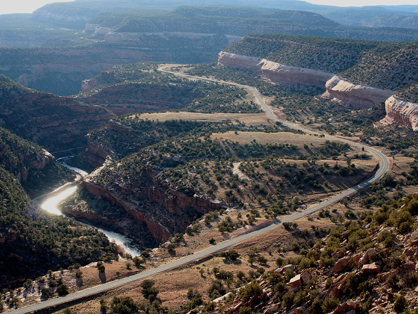 “It’s incredibly touching when someone who seems so hopeless finds a few inches of light to stand in and makes everything work as well as possible. All of us lurch and fall, sit in the dirt, are helped to our feet, keep moving, feel like idiots, lose our balance, gain it, help others get back on their feet, and keep going.” – Ann Lamott 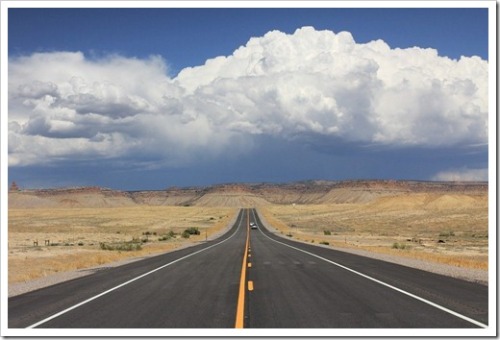 “A fine glass vase goes from treasure to trash, the moment it is broken. Fortunately, something else happens to you and me. Pick up your pieces. Then, help me gather mine.” – Vera Nazarian 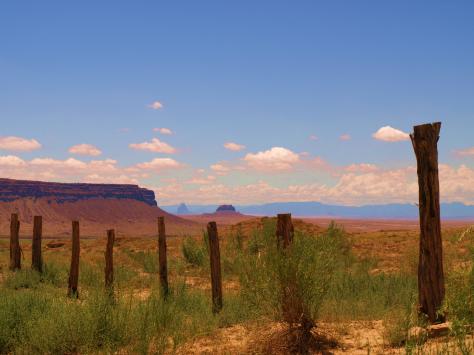 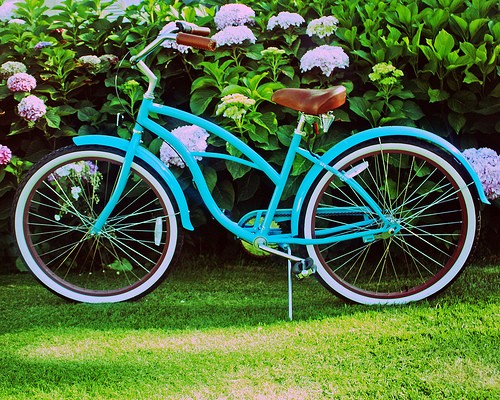 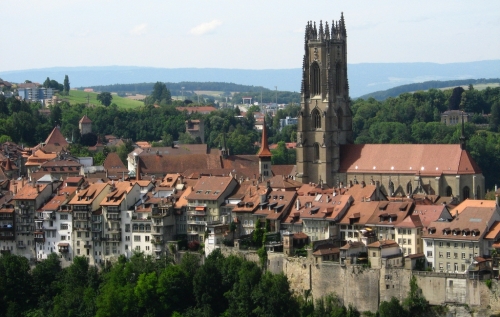 The Swiss PTT was having some challenges with broadcast television equipment they bought and installed at their facility in Zurich, Switzerland back in 1986.  As product manager, I flew over from where I was based in California, along with the chief engineer.  We went to several customer site appointments in other locations including Fribourg, Bern and Geneva before taking a train from Fribourg to Zurich for the meetings with the PTT (broadcast network) folks. 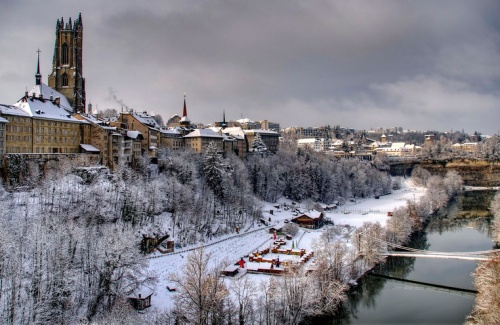 Although I have traveled many times before and since, this trip set the standard for local employees taking us under their wing. Although we stayed in small hotels during the ten-day stay, every evening we went with one of the sales people, engineer or manager out to dinner, usually with the host’s family. One kind person invited us into his home for a home-cooked meal.  There were memorable nights including experiencing a local cheese fondue restaurant. On the weekend, another person took us to an all-wild-game restaurant in Bern, and then to explore several historic places afterwards. What a relaxing delight it was to dine, enjoying the conversation as well as the surroundings. 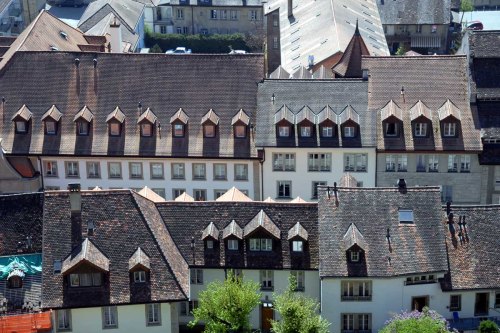 Founded in 1157 by Duke Berthold IV of Zaehrigen, Fribourg is steeped in 850 years of history and is one of Europe’s most charming and well-preserved medieval cities. This French-German bilingual city and capital of Canton Fribourg is a cultural treasure trove with the St. Nicolas Cathedral and numerous Gothic buildings. As a university city, higher education and the arts intermix with a variety of interesting events. The bridges over the River Sarine that link French to German-speaking Switzerland ensure its multicultural ambiance, which is also found in its many gourmet restaurants.

While I stayed in Fribourg, I visited the Cathedral of St. Nicholas a couple of times as well as watched the town’s St. Nicholas parade where St. Nick rides on a white donkey as dark robed, hooded figures walked along beside him. Certainly not the Santa on a fire truck I had seen as a child! It was an early December night and many spectators held small lit candles. It was magic.

The town is incredibly steeped in history. I saw parts of a medieval castle that was now flats (apartments) where the old castle moat was now gardens with all kinds of vegetables and flowers.

The people were so kind and thoughtful wherever I traveled. What a memorable trip that was. That christmas, friends and family all received cheese fondue, chocolate and other Swiss treats. 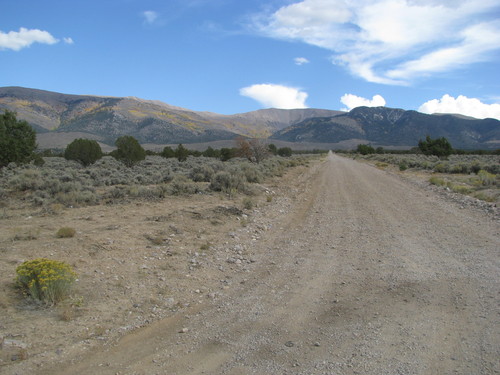 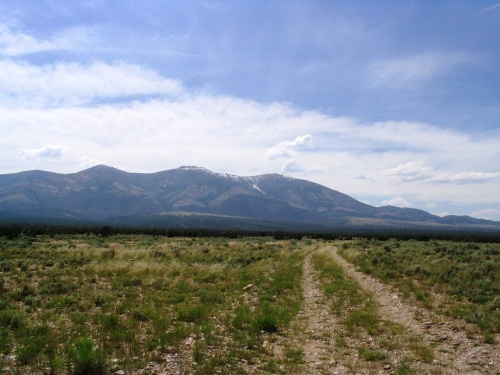 “Road rule 11:  The straighter the road you’re on, the more your mind wanders a curving path.  As your vehicle hurtles forward in space, your thoughts meander backward in time, often stopping to linger with a memory as if it were a historic marker on the roadside.

First Corollary:  Each place you stop exists in layers of time as well as space. The present is merely an intersection of the winding roads of the past.” – Dayton Duncan

It was in the late ’80s that I saw the northern lights for the first time. I was 18 and had moved to an island in the far north of Norway to take a job as a teacher in a little school in one of the small villages up there. The village was located in the shadow of a steep, barren mountain chain, looking out on the Atlantic Ocean. Fewer than 300 people lived there, and almost all of them were involved in fishing, either as fishermen on small vessels, or as workers in the fish warehouse. It was an exposed place. One night a roof was ripped off and a camping trailer was overturned by high winds; some of the buildings had been fastened to guy wires. Everything came from the sea: the wind, the clouds, the rain, the waves and the fish, which were at the center of village life. Few of the houses had gardens; there was no buffer between civilization and nature. When you opened the door, it felt as if you were stepping out into nature, and that left its mark on the people who lived there. The social life was different from what I was used to; it was more raw and much more direct, but also warmer and more inclusive. Maybe because that’s all there was — a few clusters of buildings near the sea — and those who lived there were dependent on one another. A decade later I wrote a novel set in that place, and what stayed with me — aside from the odd social reality, in which, after only a few days, I became mercilessly entangled — what settled as a memory in my body was the light.Oh, that Arctic light, how concisely it delineates the world, with what unprecedented clarity: the sharp, rugged mountains against the clear blue sky, the green of the slopes, the small boats chugging in or out of the harbor, and onboard, the huge codfish from the depths, with their grayish-white skin and yellow eyes staring vacantly, or on the drying racks, where they hung by the thousands, slowly shriveling for later shipment to the southern lands. Everything was as sharp as a knife. And then came the fall and with it the dark that closed around the day, which got shorter and shorter. Soon it lasted only a few hours, as if caught between two walls of darkness moving closer and closer until everything was night. Except for a faint pulse of bluish light in the middle of the day, it was dark all the time, and living and working in that kind of darkness, a sort of eternal night, does something to a person’s relationship to reality; it becomes dreamlike, shadowlike, as if the world has come to an end. That’s when the northern lights appear, that’s when these great veils of light are drawn across the sky, and even if you know what the phenomenon is and why it occurs, the sight is still mysterious, immensely foreign. The first time I saw it, I was sitting in a car with a friend. We stopped and got out and stood there, staring, in the middle of the wilderness, spellbound like animals caught in a spotlight.

The northern lights compel your eyes upward. They’re impossible to ignore. A simple phenomenon, rays striking the atmosphere, no more mysterious than the beam from a flashlight — yet the lights convey a sense of being at the very edge of the world and looking out at the endless, empty universe through which we are all careening.

For those who lived on these islands, the light was part of their everyday life. The sun was another matter. After months of total darkness, the moment when the sun appeared for the first time was almost reverential, and during the spring and summer, when all darkness vanished and the sun shone in the sky both night and day, at times as red as blood, the mood in that tiny community was elated; people went out at night, stayed awake and drank. It was amazing, but it also felt dangerous, because the division between night and day is a border, perhaps the most fundamental one we have, and up there it was abolished, first in an eternal night, then in an eternal day.

Translated from the Norwegian by Tiina Nunnally.

A Guide to the Glow
The science behind the northern lights.

Auroras (which can happen at both the north and south poles) begin with the solar wind, a constant stream made up mostly of electrons and protons that flow from the sun. When this wind runs into the earth’s magnetic field, most of the particles just bounce off, but some penetrate as the magnetic field becomes distorted. Like a rubber band being stretched, the magnetic field eventually snaps back. When it does, energy is released in the form of electrically charged particles that shoot into the earth’s atmosphere. There, the particles run into atoms of gas, like oxygen and nitrogen, and the energy from those collisions is then released in the form of photons — which appears to us as light. Roughly every 11 years the activity on the sun reaches a peak and the northern lights are at their most brilliant, as they are this year. — Maggie Koerth-Baker

“A man is a success if he gets up in the morning and gets to bed at night, and in between he does what he wants to do.” – Bob Dylan

Both “The Mary Tyler Moore” and “That Girl” television shows were favorites and I dreamed of living alone in the big city like they did.